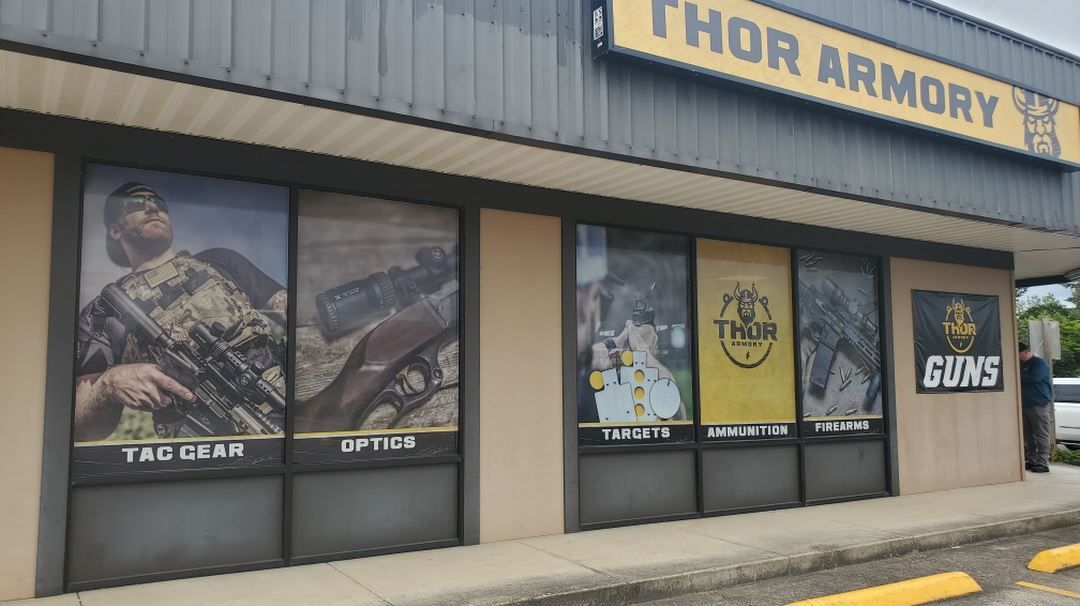 Pros
Cons
Bought a used shotgun from them in sept 22. Gun was priced right and they knocked another fifty off for not having original factory chokes with the gun. Overall good experience. **They did hold onto the gun well past the 3 day law for bgc to clear.
Rude, condescending, overpriced

Most awkward experience I have ever had in a gun shop. I have been in countless stores and was never treated so poorly.
Hundreds of better shops out there, avoid this place due to high pricing and very poor customer service.

I came in looking to make sure that I was correctly following the procedure that they have laid out online to transfer a firearm through them via online sale. (They make it very clear on their website that the steps must be followed prior or they will charge double for transfer and background check.)

No problem, I was in the area anyways. So I figured I could make an appearance before I filled out the online form…
Well when I brought up making an online order, the cashier immediately and already irritated asked from who.
I told him Palmetto State Armory, he interrupted with “No, not them.”

I tried to clarify weather they transfer or not, and he said they do. I asked why not PSA, he replied that they are garbage. (maybe he doesn’t realize PSA is actually a vendor for other firearm manufacturers as well)
So I try to be patient, and tell him that the gun I’m getting is not a palmetto brand.

“Well what kind is it?” He interrupts again. To which I reply that it’s a Black Aces Tactical. He then basically calls me a liar and says Black Aces only does direct sales.

At this point he is clearly irritated with me, and I have only been in the store for about 3 minutes.

Then he starts to lose his cool…
Goes on to tell me that I need to shop local. And if all the gun shops just stopped doing transfers for online sales then I would have to buy from them. He adds that he has to eat too, so I should just overpay. (Judging by his brand new truck and some extra body weight, I believe he is already “eating”)

I took a second to look at his merchandise… He’s standing over a display case of 40% marked up Chinese holosuns (don’t get me wrong, I like Holosun, I have several). As well as stacks of shirts with Thor’s Armory logos, most likely not sourced locally.
The only thing a could find that seemed like it came from Oregon was a couple Leupolds scopes (great optics by the way, just too overpriced here).

Of course they had blue and pink Plebian Ar15’s on the wall. Marked up so high I couldn’t even see the price. Just waiting for some uneducated new hobbyist to overpay. Next to the nearly $200 stripped Aero Precision lowers.

I know that they can’t meet the deals that I find online, I don’t expect them too. I can get stuff probably as good or better deals than they get. I regularly purchase through vendors that bypass MAP pricing by allowing coupon codes, email for prices and so on. I definitely am wise enough to recognize the absolute price gouging going on here and would advise others to SHOP ONLINE FIRST!

I expect to be treated politely, regardless of my considerations of which guns to buy. I’m sure though, if I came in with a pocket full of cash ready to build a gun with all the parts from them, maybe they would treat me differently.

…And don’t bother replying to this like the other bad reviews. I don’t care if you are the owner, your job is to get my money and you failed. Do you not profit from a transfer? You charge $50 + $10, seems like some of that would go strait into your pocket no? Well not from me.

The damage is done, I spend a lot of money quite often on firearms and accessories. Not a penny will go to Thor’s Armory. Nothing you say will save face, you were rude. Period. Get some people skills and maybe find another job if you aren’t making enough money. Or just keep getting mad when people shop online and laugh at your price, makes no difference to me.

Small shop but decent folks that run it. Check them out.
They have good stuff... probably the pushiest sales I have ever seen for a gunshop.

Pros
Cons
They have stuff... most gun shops I have been in don't seem to give a crap if you buy or don't. These guys do tend to push sales to an annoying level. Up side, they have some good stuff sometimes. Review completed under duress from the forum... Was the first shop on the list I had been to.
friendly

Pros
Thor's armory is a great place, it started in brownsville and has since moved to albany filling the void CNS left, They are friendly and well stocked in low, mid and high-end firearms.

Best part about Thor's is they make their own steel targets which hold up very well, You can get custom target work done if you need, They also sell stands and hangers.
Stocked and friendly

Stoppped in couple months ago and they were friendly and has a good assortment of accessories and firearms. I’ll go back next time I am over in the area.